Dragged all around the (public) houses: the quest for a name….

When it came, they knew it immediately. We’d been in the Black Horse in Hertford, and then we had moved onto the Crafty Duck, and the search for a name for our fledgling photo and promo gift business had been arduous (for me), but enjoyable (for them).

My keepers had been through dozens of suggestions: honed them, examined them and rejected them. Still, they hadn’t, it seemed, found THE ONE. And then it happened…it crept up on us all. They had been playing around with the right word to put in front of “…Image”: Brilliant, Smart, Immediate, Immaculate, Altered, these and more had all been and gone.

One of them – it might have been Mummy – finding inspiration from somewhere deep, said tentatively: “What about Fitting Image…?”

It felt like a big step in the right direction – a fitting image. They spent some time reminiscing about an old TV programme (right then, as it happened, readying for a comeback!); puppet caricatures of famous people singing songs and whacking each other over their rubbery heads, apparently. It all sounded rather odd to me!

Clearly it wasn’t quite right though; my keepers were still dissatisfied. Fitting Image…Spitting Image…no, the perfect one was still hiding out there somewhere.

Silence. I wagged my tail, hoping it might conjure up a bit of magic, or maybe just a treat. Daddy took a swig of beer. Then a sudden breakthrough – a “eureka!” moment: Spiffing! Spiffing Image! That was the one!

Oh, the relief! They clinked their glasses together, and gave me a funny look – almost as if, right there and then, they were already plotting to dress me up in this bowtie and make me the embodiment of the new brand.

After some enjoyable fuss, I thought I might be able to settle down for a kip, but no, onwards and upwards with the celebratory mood! I got given a biscuit and then they dragged me to The Quiet Man!

Never mind though – Spiffing Image had been born.

Any cookies that may not be particularly necessary for the website to function and is used specifically to collect user personal data via analytics, ads, other embedded contents are termed as non-necessary cookies. It is mandatory to procure user consent prior to running these cookies on your website.

SAVE & ACCEPT
T-shirts with logo – cotton 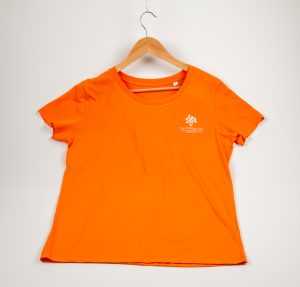 Description: A 100% organic ringspun combed cotton t-shirt with your logo on the left breast. Men’s and women’s in a wide range of colours. 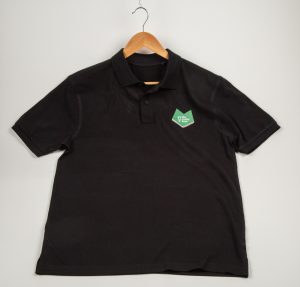 Description: Classic fit polo with logo added to left breast. Made from quality ringspun combed cotton with a tight piqué weave for a great fit and soft finish. Men’s and women’s in a range of colour options. 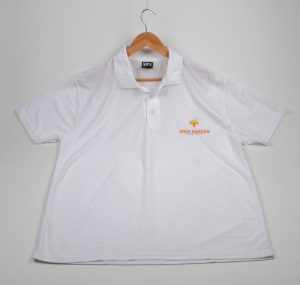 Description:100% polyester pique knit, perfect for any type of workplace, with logo added to left breast. Men’s and women’s in a range of colour options. 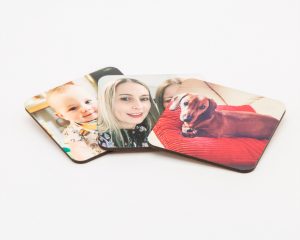 Description: Square (96mm x 96mm) cork-backed coasters printed with a photograph/s of your choice. Available as single items or in sets of four.

Order via our Etsy shop: Single coasters or Set of Four 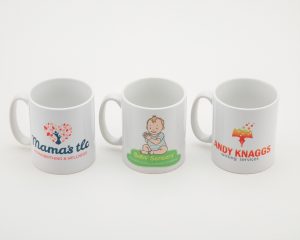 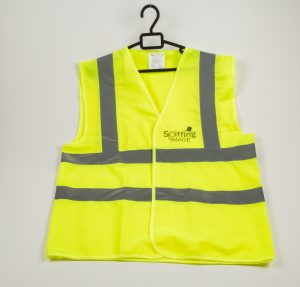 Description: Polyester weave waistcoats with EN471 reflective materials, Velcro front fastening and your logo on left breast or reverse of garment. The products conform to 89/686/EEC and have the reflective taping for EN471 EPI class 2 approval. 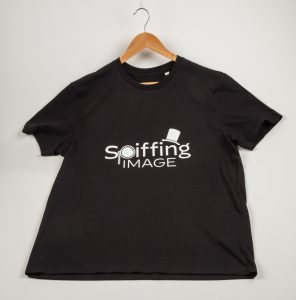 Description: Using digital cutting technology, we can produce vinyl cut outs of your logo, which look great on a t-shirt or a hi-vis vest. There are hundreds of different vinyls, flex, flock and glitter materials available. Please note, a special artwork format will be required (.dxf file). We can convert existing artwork to the correct format for a standalone charge of £5. 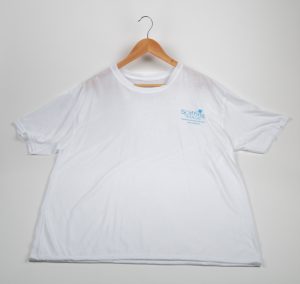 Description: A 100% polyester Jersey knit t-shirt with your logo on the left breast. Wicking action disperses moisture for enhanced comfort. Men’s and women’s in a range of colours. 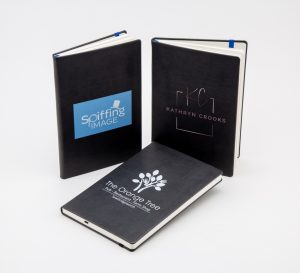 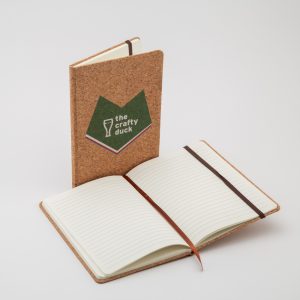 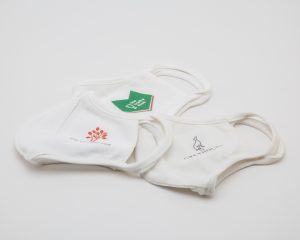 Cotton-rich soft touch washable face mask. Anti-microbial treatment to inhibit the growth of micro-organisms and prevent the build-up of odour in the mask. Can be washed 20 times. Available in white and black. 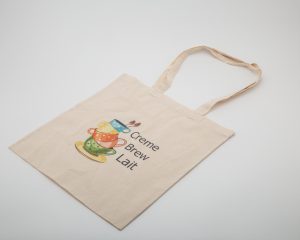 Description: Cotton tote bag with your logo printed on one side. Available in a large range of colours. 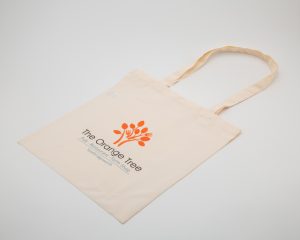 Description: Polyester shopping bag with your logo on one side. Available in white and natural. 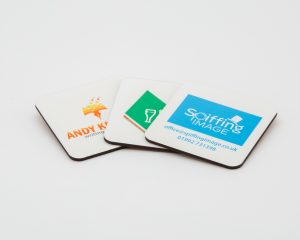 Description: Square (96mm x 96mm) cork-backed coasters printed with your logo. Available as single items or in sets of four. 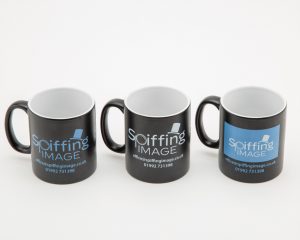 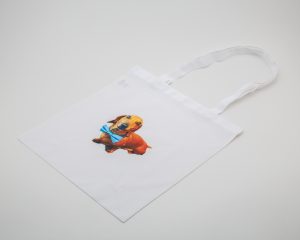 Description: Polyester shopping bag that can be personalised with a photograph of your choice. 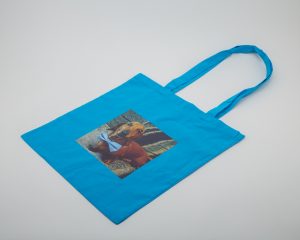 Description: Cotton tote bag that can be personalised on one side with a photograph of your choice. Bags available in a wide range of colours. 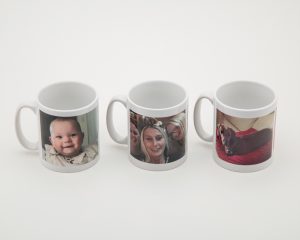 Description: white, 10oz mug printed with your choice of photograph/s.